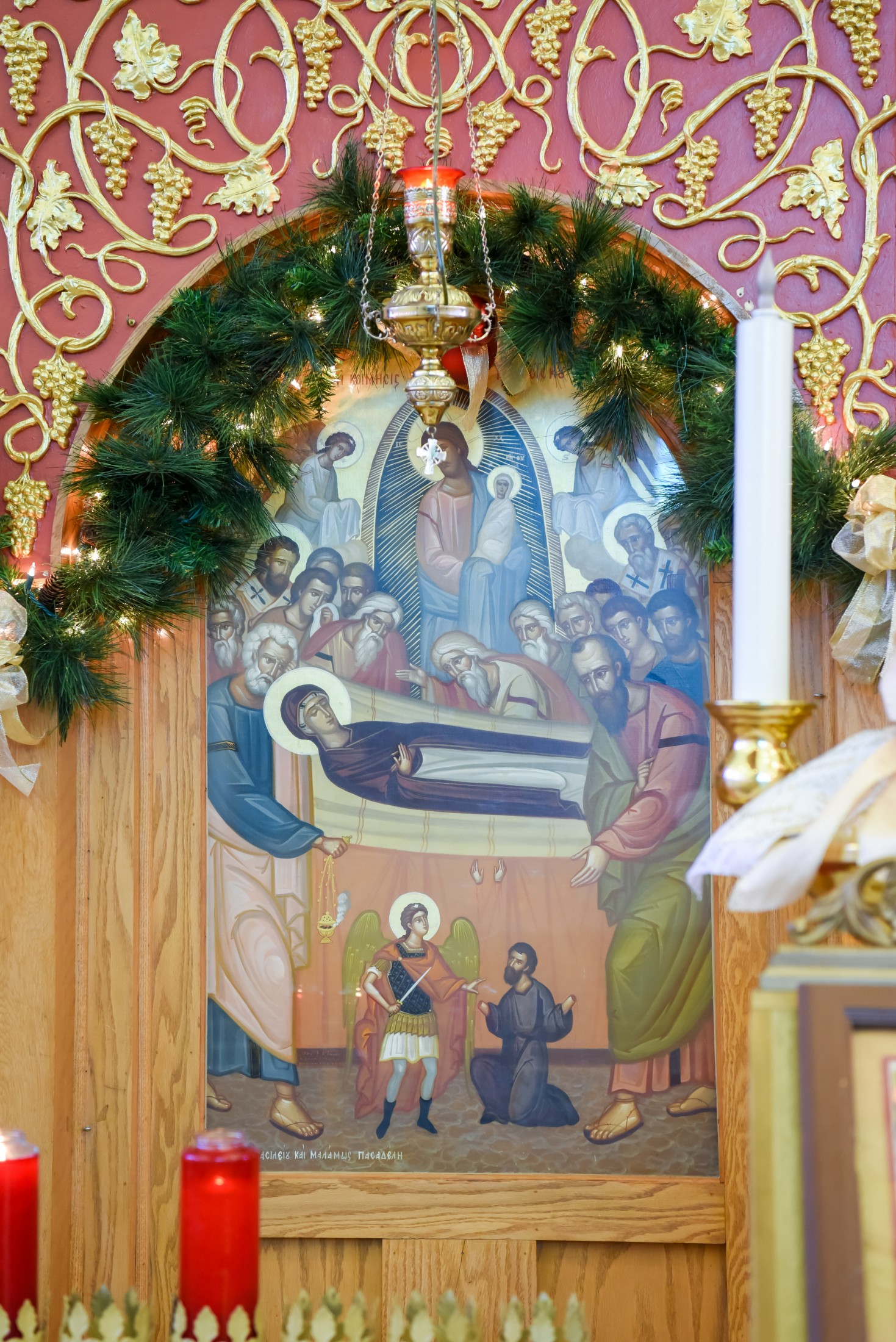 Concerning the Dormition of the Theotokos, this is what the Church has received from ancient times from the tradition of the Fathers. When the time drew nigh that our Savior was well-pleased to take His Mother to Himself, He declared unto her through an Angel that three days hence, He would translate her from this temporal life to eternity and bliss. On hearing this, she went up with haste to the Mount of Olives, where she prayed continuously. Giving thanks to God, she returned to her house and prepared whatever was necessary for her burial. While these things were taking place, clouds caught up the Apostles from the ends of the earth, where each one happened to be preaching, and brought them at once to the house of the Mother of God, who informed them of the cause of their sudden gathering. As a mother, she consoled them in their affliction as was meet, and then raised her hands to Heaven and prayed for the peace of the world. She blessed the Apostles, and, reclining upon her bed with seemliness, gave up her all-holy spirit into the hands of her Son and God.

With reverence and many lights, and chanting burial hymns, the Apostles took up that God-receiving body and brought it to the sepulchre, while the Angels from Heaven chanted with them, and sent forth her who is higher than the Cherubim. But one Jew, moved by malice, audaciously stretched forth his hand upon the bed and immediately received from divine judgment the wages of his audacity. Those daring hands were severed by an invisible blow. But when he repented and asked forgiveness, his hands were restored. When they had reached the place called Gethsemane, they buried there with honor the all-immaculate body of the Theotokos, which was the source of Life. But on the third day after the burial, when they were eating together, and raised up the artos (bread) in Jesus' Name, as was their custom, the Theotokos appeared in the air, saying "Rejoice" to them. From this they learned concerning the bodily translation of the Theotokos into the Heavens.

These things has the Church received from the traditions of the Fathers, who have composed many hymns out of reverence, to the glory of the Mother of our God (see Oct. 3 and 4).